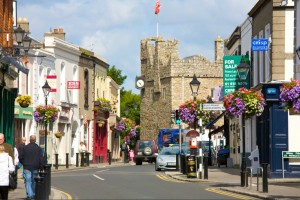 Dalkey heritage town a popular location, both as a place to live and as a tourist destination.
It has a real village feel and is just half an hour by train or road south of the capital city.

Why is Dalkey so popular?

For a start it has an ancient, rich and varied history. It rose to prominence through great surges of activity and rested as a sleepy fishing village in the intervening times.

It grew from early settlers on Dalkey Island when the surrounding area was covered in forests and the only pathways were along the rivers and coastlines.

We know that both Dalkey Island and Dalkey mainland became places of early Christian ecclesiastical importance with their two churches dedicated to St Begnet as pilgrims made their way to Glendalough. 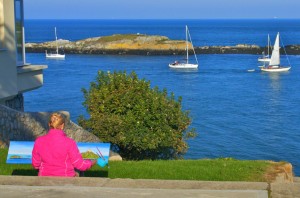 We have evidence of the Vikings making the island their base to trade slaves from.

We know Dalkey served as the port for Dublin in medieval times, with the large ships at anchor in Dalkey Sound. Dalkey declined and languished peacefully until the great sea tragedies of 1807 led to great activity in the Quarry for the building of Dun Laoghaire Harbour. When the railways came in 1830s & 1840s some of the fine houses we know today were built.

Today there is welcoming local community and the area is home to many creative artists such as writers, musicians, film directors and rock stars. This tradition goes back John Dowland the famous musician who was associated with the area in the 1600s. He was known in all the courts of Europe, the Bono of his day! Today many creative people live quite unobtrusively among the local community who are proud of their rich ancestral heritage and welcome the visitor to share the ancient history of their home town.

Read more information on the History of Dalkey, Co. Dublin.